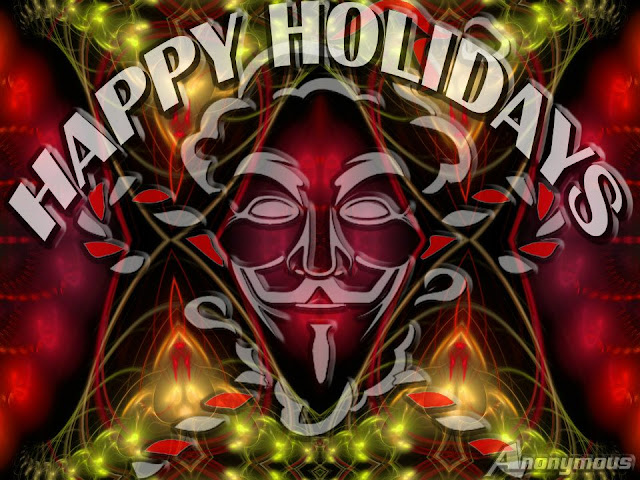 Email ThisBlogThis!Share to TwitterShare to FacebookShare to Pinterest
Labels: Christmas

Book Review: CypherPunks: Freedom and the Future of the Internet 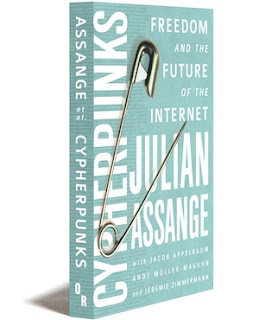 
"Cypherpunks is gripping, vital reading, explaining clearly the way in which corporate and government control of the internet poses a fundamental threat to our freedom and democracy".  —Oliver Stone
"Obligatory reading for everyone interested in the reality of our freedoms." —Slavoj Zizek
"The power of this book is that it breaks a silence. It marks an insurrection of subjugated knowledge that is, above all, a warning to all." —John Pilger
Published by OR Books (Order by clicking the link)


Reading this book was, in many ways, a wake up call for me personally. Not because I didn’t already know that this was the direction the world was heading in but because it emphasized the speed at which the transitions were occurring, the seriousness of the impact of these transitions, and the urgency to act now.

I’m an Organized Stalking victim. One of those who have been subjected to Stasi-like malicious government, corporate, community, workplace, social and professional persecution for many years in Canada, extra-legally and often through criminal misappropriation of government funds. This has occurred at the hands of a retired CSIS member, while he worked for CSIS and continuing after his retirement. He is also a member of the wealthy Canadian elite and his family, friends, corporate whores and corrupt state bureaucrats and civil servants have engaged in criminal collusion in this campaign of continuous and ongoing harassment including physical and psychological abuse of my person, property, family and pets.

As a result I know first hand the dangers that face all of us when our privacy can be violated at will, our personal and professional lives invaded and disrupted, and when the lack of Transparency, Accountability and Justice at the highest levels of society allows the type of corruption that enables the wealthy to act extra-legally, with the criminal collusion of corrupt elements of the state and it’s institutions, and with the associated impunity. Especially when those individuals are text book Psychopaths.

So, the first thing I have to say about the CypherPunks books is that unless all of the good citizens of the world want to live the kind of life that has been imposed on me by this kind of corruption (and for no good reason that can be called by rational by any standard), I strongly suggest you read this book and act immediately and with conviction to change our current path.

What is that path? According to the Cypherpunks (and I agree), freedom of movement, freedom of speech and the free flow of information versus censorship and control of information, and financial freedom are the cornerstones.

The battle is between the corrupt and their minions amongst the wealthy elite who want to maintain their secrets so that their corruption and control of the population to prevent dissension against their corruption is enabled versus the citizens who want to maintain a transparent democracy where information and speech is free, individual rights including the right to privacy are inviolable, and the principles of true accountability and justice are upheld.

“JULIAN ASSANGE is the editor in chief of and visionary behind WikiLeaks. An original contributor to the Cypherpunk mailing list, Julian is now one of the most prominent exponents of cypherpunk philosophy in the world. His work with WikiLeaks has given political currency to the traditional cypherpunk juxtaposition: “privacy for the weak, transparency for the powerful.” While his most visible work involves robust exercise of the freedom of expression to force transparency and accountability on powerful institutions, he is also an incisive critic of state and corporate encroachment upon the privacy of individuals.”

Having been a lurker on the old alt.cypherpunks news group in the late 1990s, I already have some familiarity with the philosophy. And no truer words were spoken than when someone, somewhere (I don’t recall where I read it or heard it) stated something along the lines of “yesterday’s conspiracy theory is today’s reality”. Much of what was discussed on alt.cypherpunks has, today, become a general reality and the path we’re heading down is a dangerous one for the people of the world.

These dangers are elucidated in detail and with a simple clarity in the Cypherpunks book. Presented in the context of the three basic freedoms defined by the Cypherpunks:


And can be summarized in the form of threats to the above freedoms as:


So what are the solutions? What can we as ordinary, every day joes and janes on the street do to protect ourselves from these attacks by the powerful and corrupt? The ones who have bought our governments and our states. The ones who are using them to impose their fascist dictates on us and treasonously undermining our democracies while thumbing their noses at our justice system and buying our judges to maintain their impunity over the law.

Other books by Julian Assange:

Julian Assange (with Sulette Dreyfus). Underground, a history of the international hacker movement.