It really doesn't surprise me that Canadian's Charter Rights have become so eroded. This is inevitable when those most vulnerable to having their rights violated are actively denied access to the Justice system.

I live in Ontario. A province where access to Legal Aid is so restrictive that, frankly, despite the fact that I know many social activists, many poor, I don't know a single person who has been able to benefit from receiving Legal Aid to protect their rights.

It doesn't matter whether they're dealing with criminal charges as a result of arrests during protests or whether they're dealing with petty government bureaucrats who over-extend the rights they have to intrude into the privacy of those needing to access the social safety net; make decisions about who does and doesn't get access to the social safety net; or how they interpret the rules regarding the type of access, etc.

I can also attest to the fact that despite the fact that I have been eligible for Legal Aid at different points in my life based on income, I have never, throughout my entire lifetime, been granted access to the benefit because of these extra-legal regulations that the Provincial governments of ALL political stripes have given themselves the right to impose.

It's important to remember here that Canada is constitutionally different from the US in that we don't have inviolable rights. We aren't a republic.

As a result, what we have is privileges that are deceptively called 'rights' which are granted to us by the state and which can (and have been) taken away from us at the drop of a hat when the state deems that wish to withdraw the granting of the privileges they've given us. (eg. War Measures Act imposed in 1970, Ontario Legislation imposed during the G8/G20 in Toronto in 2008 - both were by Liberal governments and swept under the proverbial carpet).

Any excuse to do this can (and has been) used, whether it's 'terrorism' (Bill C-41: Anti-Terrorism Act) or 'financial' (Provincial Regulations controlling access to Legal Aid) or something else.

The Canadian Charter of Rights and Freedoms grants Canadians the following privileges:

(2) Subsection (1) does not preclude any law, program or activity that has as its object the amelioration of conditions of disadvantaged individuals or groups including those that are disadvantaged because of race, national or ethnic origin, colour, religion, sex, age or mental or physical disability. (84)

24. (1) Anyone whose rights or freedoms, as guaranteed by this Charter, have been infringed or denied may apply to a court of competent jurisdiction to obtain such remedy as the court considers appropriate and just in the circumstances.

--Canadian Charter of Rights and Freedoms

Given that these are the privileges granted to Canadians by the State.

Given that Ontario Legal Aid (and that of other provinces) restricts who can access Legal Aid based on type of case and not just income.

Given that the Province is often the party that is likely to be challenged, sued in these cases.

When the Province restricts Access to Legal Aid in any way for any reason other than income ...

Are they not violating each and every Canadians' Charter Rights and Freedoms to Access to Justice and doing so in a manner which is not only self-serving (covering their own asses) but prejudicial and harmful to the citizens of that Province?


cor·rup·tion kəˈrəpSHən noun noun: corruption; plural noun: corruptions
1. dishonest or fraudulent conduct by those in power, typically involving bribery.
2. the action of making someone or something morally depraved or the state of being so.

I'm not a lawyer but it sure looks that way to me.

Apparently there are lawyers and others who agree that access is being restricted, and that it's a problem, if you read the following article written in 2007. However, note, that in 2007 things just got worse. It was bad before then too. And also note that these changes which reduced accessibility to justice occurred both at the Federal and Provincial levels which implicates ALL of the major Canadian political parties.

Has Corruption become so systemic that we don't recognize it anymore, even when it slaps us in the face?

Have Canadians really become such lazy, apathetic slobs that we've stopped caring about our own Civil Rights?

If not, then why the hell aren't we metaphorically storming the barricades over this one?

And where the hell is the Canadian Civil Liberties Association? 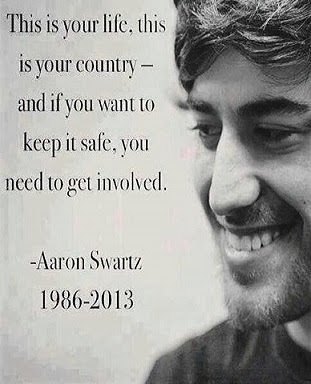 Email ThisBlogThis!Share to TwitterShare to FacebookShare to Pinterest
Labels: Access To Justice, Canadian Charter of Rights and Freedoms, Civil Rights