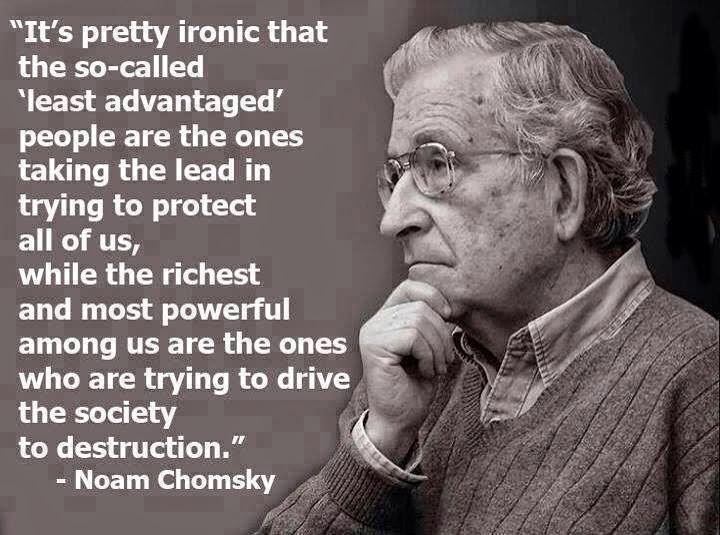 If they can afford to buy our governments, not trickle down a penny in benefits to citizens through increased employment, etc. they're hoarding money and they certainly can afford to pay taxes at the 90% rate which is what it was in the 1950s.

Hoarding money (which is what the wealthy elite do) is one of the most destructive things a member of the wealthy elite can do to our economy. When it trickles down, we use it to buy goods and services and save small amounts (relatively speaking). When there is no trickle down and the wealthy elite hoards it to invest all of it in existing companies which are not being expanded while employee benefits downgraded, etc in order to increase profit margins and attract investors there is absolutely no benefit whatsoever to the economy.

It's a destructive cycle and it's a process that needs to be eliminated.

And this isn't even looking at the issue of mass (at the corporate level -> 60% just in Ontario) corporate tax evasions and tax frauds worth billions in lost tax revenue in Canada and trillions world-wide.

Our governments should be charged with Gross Mismanagement of Tax Payer Funds as well as Criminal Collusion in the Commission of Tax Fraud for turning a blind eye towards this and allowing this robbery to continue.

Those Corporations that are engaging in this should have their assets seized, turned over to the tax payer either to become government corporations or be sold and entire BODs should be imprisoned for this crime.

Tax evasion should not be rewarded by negotiating 50% deals, etc. Monies owed should be paid in full or assets seized and sold to compensate the tax payer.

Are CEOs panicking over a new style of tax rage brewing?

"Nonetheless, the CBC's interview with Howlett sparked gasps of rage from the bowels of the business press, notably Terence Corcoran in the National Post -- even though a detailed description of the Cameco case and other tax avoidance schemes had just appeared in a special issue of Canadian Business under the cover headline: How to pay no taxes -- Many of Canada's largest companies pay almost no tax: What's their secret?

Of course, that report, directed towards a business audience, is seen as harmless. It's quite another matter when that information is used by the likes of Howlett to wake up the Canadian public to this wealth grab by some of our biggest corporations -- companies which pushed governments to slash taxes and then largely avoided even those lower rates by shifting their profits offshore."