The Occupy Movement was discovering it’s wings. WikiLeaks and Anonymous were maturing and coming into their own as critical components of this new, dynamic social movement that was inspired by the Arab Spring.

While everyone is still working on finding their way and their focus there’s a sense of excitement and hope in the air from those of us who have tired of the rank corruption, abuse of power, and culture of impunity that has been allowed free reign in our respective countries.

What we need is focus.

What we need is Transparency, Accountability and Justice with an end to the “reconciliation” approach that permeates our system in Canada and which allows criminals to walk freely among us without being held accountable for their crimes.

I hope the move by Americans to recall the politicians who voted for the NDAA picks up even more steam in the US. The ball has started to roll and this is an important one for Canadians and Americans alike. It’s important for Canadians because what happens in the US impacts us. The NDAA could certainly have an impact on the current Border Security Agreement being negotiated by the US and Canada.

The fact that these negotiations are secret when they should be transparent is another serious concern. Our governments should not be allowed to arbitrarily determine what can be kept a secret from the citizens who elected them. And we citizens should have input into a process that could have such a deep. long-lasting impact on our relationship with the US and our ability to travel freely between countries.

Ironically, no-one should know this better than the Conservatives whose roots were in the Reform movement in the 1980s and whose movement grew out of an opposition to corruption, greed and abuse of power. It was the Reformers who were demanding transparency and the ability to recall politicians. And now, we are seeing them return to the same corrupt politics that has permeated Canada’s political system historically.

This is precisely why Canadians also need the right to recall politicians, that is, the right to representative recall. The only place in Canada that allows this currently is BC. We cannot do this in any other province or federally.

Calling for the right to representative recall is something the federal Conservatives would be hard pressed to refuse or ignore given that it was the Reform Party, their root organization, that initiated this demand. And if they did so, their hypocrisy would be exposed.

In addition, the right of recall should be established as a Constitutional change so that it cannot be arbitrarily denied on a whim.

In fact, we should consider a complete rewrite of the Charter of Rights and the elimination of the “notwithstanding clauses” which effectively limit our rights to the whim of the government or state at any given time.

Rights are and should be legally established as inviolable. Only a few should be allowed to be restricted and only under exceptional or extreme circumstances limited in the most minimal way. Personally, I would like to see a republican style Constitution.

This is demonstrably not true and our experience in Ontario under the current Liberal regime is evidence of this sad fact. We need Patients Rights legislation and tighter Psychiatric Patients Rights legislation to protect patients from this rank systemic corruption which includes but is not limited to extreme and gross medical neglect potentially resulting in medical murder as well as incompetent mental health evaluations by GPs which can have a huge and seriously negative impact on an individual’s life.

Our police services should not available for hire by private corporations and private individuals. Allowing this removes the fine line between who is acting on whose behalf and enables corruption.

On a personal note, I would like to see serious criminal legislation in place to deal with the crime of Stalking. The Criminal Harassment legislation does not even come close to describing and dealing with this crime. January is National Stalking Awareness month. Keep an eye on my blog. There will be lots of information on this topic this year, including an analysis of employer, community and organizational participation in this crime and the serious impact it has on a victims life.

And last but not least we need ideas to build a stronger participatory Democracy whether that means changing our parliamentary system to a republic or something else.

Just some thoughts to start out the new year. 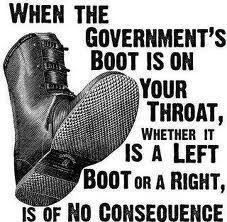 My Christmas Card To Friends And Family


Wishing Everyone A Wonderful Holiday Season 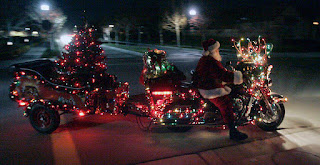