Was Daniel Ellsberg, a terrorist? By the standards being applied by the US government today, he would have been considered one.

What terrorist act did Daniel Ellsberg commit? He released the Pentagon Papers. An act which exposed deception and corruption at the highest levels of the US government.

What terrorist act did Julian Assange of WikiLeaks commit? He has released numerous documents resulting in the exposure of deception and corruption at the highest levels of many governments.

According to Jølly Anøn:
”Earlier tonight Commander X, founder of the PLF and Anonymous hacktivist, gave an interview on AnonPlus Radio.

He’s accused of hacking into Santa Cruz County computers in 2010 as retribution for the breakup of a lengthy protest over the city of Santa Cruz’s controversial camping ban.

He recently escaped custody and is currently evading arrest outside of U.S. jurisdiction.

We were able to secure a recording of the interview thanks to phaded; a fellow anon. We strongly encourage you to listen to the interview.

A recording of the interview should be made available on http://anonsource.org/ in the coming days.

Interview with the Gazette from April: 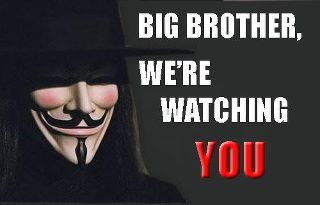 Email ThisBlogThis!Share to TwitterShare to FacebookShare to Pinterest
Labels: Anonymous