From The Shadows, Persecution Games: Dedication To The #Whistleblowers and #Hacktivists Of The New Millennium

Dedication from my fictionalized memoir. From The Shadows, Persecution Games. Book 1 by Kitty Hundal. All Rights Reserved.

Released on June 19, 2017 and now available at: Lulu.com.  Available soon on Apple's iBook, Barnes & Noble iNOOK, Amazon Kindle, Kobo and Everything Else

Book 2 will be released by next June at the latest. 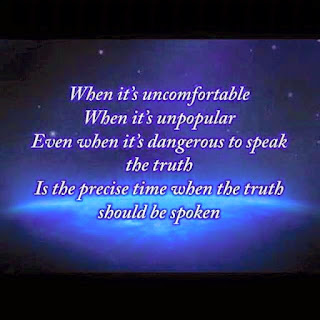 I would rather be exposed to the inconveniences attending too much liberty, than those attending too small a degree of it.--Thomas Jefferson (letter to Archibald Stuart, Dec. 23, 1791, on the encroachments of state governments)

From The Shadows: Persecution Games, is Book 1 of a fictionalized memoir dedicated to the Whistleblowers and Hacktivists of the new Millennium. They are courageous people who have come forward, with conviction, to expose the systemic corruption that is the norm in our society. They have accomplished this through enforced transparency.

Corruption that is hidden under the guise of the alleged ‘need for secrecy’ and rationalized by the alleged ‘need to protect our citizenry from terrorism’ when in fact neither is necessary to the extent it is currently implemented. It is, in reality, nothing more than a cover for gross abuses of power such as corporate spying and corruption, mass surveillance, warrantless intrusions into our privacy, social activist targeting and harassment, etc., as our Whistleblowers and Hacktivists have demonstrated through their leaks, revelations and investigations.

Thanks to them, a climate of transparency, accountability and justice has been created. This has enabled and strengthened demands for legal governmental and corporate transparency combined with legal protections of personal privacy. This is a climate where the people of the world have begun standing up to draconian new laws which are being passed. Laws which violate well established social norms, values and standards.

It is also one in which many of us, who in the past were forced to remain silent, can now come forward with our stories.

Thank you with all my heart to Julian Assange, Edward Snowden, Chelsea Manning, Barrett Brown,  Jacob Appelbaum, Aaron Swartz (deceased), Jeremy Hammond, and the many others who have stepped forward but haven’t been heard or who have stepped forward but continue to be unknown publicly at the time of this writing. More are being arrested, charged and convicted every year.

We owe you all a great debt of gratitude and hopefully your sacrifice will have been worth it if it results in existing laws being changed and new laws being enacted to protect and extend our democratic processes and citizens’ rights that many shed blood to establish in the West, particularly from abuse of power of the corrupt.

I’m sure there are many who are saying that the NSA’s extreme invasions of privacy are not that big a deal and that they will help protect the citizens from terrorism. The reality is that they haven’t accomplished that. They reality is that they ease the way for abuses like the ones that I’ve been subjected to all of my life simply because I was related to the wrong person and I came to the attention of a psychopath in or associated with CSIS (Canadian Security Intelligence Service), who is also a member of the wealthy elite; who was allowed to abuse his power with impunity; and who continued to abuse his power with impunity after his retirement.

Since his diagnosis of Alzheimer’s disease, his inner circle has continued on his behalf. An inner circle that includes corrupt family, and ‘friends’ consisting of people who were nobody’s in the 1970s and were elevated into positions of power by him and his family for the purposes of abusing their powers on his behalf. They continue even after his death on June 18, 2014. His game plan was psychopathic abuses of power simply because he was, in my opinion, a psychopathic sexual sadist and he enjoyed persecution and manipulation games. Their game plan is to protect their reputations and cover his and their criminal tracks. What they did to me, when they did it and what they continue to do is and was criminal whether he had an official relationship with CSIS or not and whether they have one or not. These draconian new laws make these types of criminal acts legal for anyone in numerous government agencies to do these things and get away with them under numerous rationalizations and justifications. Not the least of which includes the redefinition of the term, ‘terrorist’ and who it can be applied to.

The NSA claims that only 12 cases of abuse occurred in 2012. One article pointed out that ALL of those cases were self-reported by the abusers themselves.

How many cases like mine occurred that were not reported? We would never have any way of knowing. Not all abuses are going to occur with people who are close to the abuser.

What’s to stop a group of NSA agents from going on a vindictive campaign against anyone? All they would have to do is fabricate the right rationale even with oversight. After all, pretty much anyone who is critical of government policy in any way can now be defined as a ‘terrorist’.

We do have oversight in Canada and have had for years. All a rogue CSIS Intelligence Agent has to do to compromise that oversight is to have trusted connections on those committees in influential positions. This is what was done and continues to be done by this rogue agent in the past and now his cohorts who have been and continue to target me.

These new draconian laws and the redefinition of legitimate dissent as ‘terrorism’ by the power players, creates a very dangerous environment for the citizenry of the world in every country that they are being implemented in.

Now almost anyone can become a target based on specious rationalizations. All you have to do is say something critical about any government or corporate policy and no matter how minor it is, a rogue psychopath in these agencies could rationalize using agency resources to target you by putting you on their hit list.

It’s also important to remember that the events that occurred in this book (those which are true) initially occurred during a period when the technology was not as sophisticated as it is today and a great deal of resources were required to accomplish the aims this rogue CSIS Intelligence Agent wanted to accomplish.

Today, with the new technology that exists, supported by the draconian new laws which are being passed yearly, and enabled by what has become socially accepted corruption and abuse of power hidden by the alleged need for secrecy, those corrupt aims can be accomplished far more easily and far more damage can be done to those individuals targeted by this type of evil.

The opposite is also true. In many ways it’s also become easier to fight and expose this type of evil because of the technology we have available. However, this can only happen if people are aware of the problem and understand the dynamics. Armed with this knowledge we can make the technology work for us, instead of against us.

This is now being accomplished by those who are enforcing transparency and exposing corruption and abuses of power. This transparency is providing the impetus for the citizenry to oppose these draconian new laws and fight for laws which will protect us both as individuals as well as our democratic system and processes from the enemies within. These enemies within, in my opinion, would like to dismantle everything we have fought for and won since the days of the Industrial Revolution and take us back to the pre-Industrial Revolution era. This was an era of extreme exploitation and poverty for the majority and extreme entitlement and riches for the elite minority.

This is what the New Civil Rights movement is fighting and WikiLeaks, Anonymous, Occupy, Idle No More, and the new Independent, Alternative Media are in the forefront of this new movement. They are all critical to its success.

We live in dangerous times and I am writing my story because I don’t want to see what happened to me, happen to anyone else.

These draconian new laws make all of you potential targets and victims of this type of extreme corruption and abuse of power.

This story, my story is a warning call.

Please heed the warning for all of your sakes before it's too late.


From The Shadows, Persecution Games: a fictionalized memoir by Kitty Hundal
at 12:45 PM