Occupy Toronto: To The CEOs

I caught a small part of a CBC Interview yesterday with a representative of an association that represents Canadian CEOs.

The CEO representative, when asked what he thought about the Occupy movement responded, a little defensively, that the democratic/capitalist model is the best one human beings have come up with because it’s the one that has been demonstrated to work.

He appeared to be implying that the Occupy Toronto movement was about eliminating capitalism.

In the interests of clarification, let me point out that the Occupy movement is about giving everyone a voice.

Not everyone is a communist, or even a leftist. A few are. Most are not.

Red-baiting is a strategy intended to discredit by using the logical fallacy of Guilt By Association. It’s a well-established form of Disinformation Propaganda.

I’m not saying that this CEO representative was engaging in the sleazy tactic of Red-baiting but his comments amounted to that, intentional or not.

Speaking for myself, I agree with the CEO representative that the democratic/capitalist model is the best one humanity has come up with and the most workable one.

That doesn’t mean that it can’t be undermined and corrupted and doesn’t need to be fixed.

This is the problem, in my opinion. It needs fixing and each and every one of us is going to have either the same or different opinions on what the fixes need to be.

This opens the door for wide-scale corruption and abuse of power.

This is something we’ve been seeing in Canada for years now and which has never been seriously addressed other than having the occasional scandal where someone gets ousted from a political position.

This was the kind of stuff the old Reform Party used to talk about until they became the Conservative Party and appear to have changed their priorities.

I’m not saying that I agreed with the old Reform Party but I will say that they made some good points when criticizing the traditional political parties.

This is also the stuff that Michael Ignatieff has recently started talking about as well.

It’s probably a good thing for Ignatieff that he’s not leading the Liberal Party given the fact that the vast majority of corruption and abuse of power scandals that I am aware of, many of which were financial in nature, occurred when the Liberals were in power both Federally and Provincially.

Ignatieff is probably too ethical for the Liberals. They seem to prefer two-faced lying sleazeballs like Bob Rae (has anyone forgotten the hell he put Ontario through?)

Anyway, the Occupy movement has and is accomplishing one very important thing, amongst others:

The discussion of what is wrong and how it can be fixed is happening.

And that's what most of us want.

We Are The Majority and We Have A Voice!
Watch live streaming video from occupytoronto at livestream.com 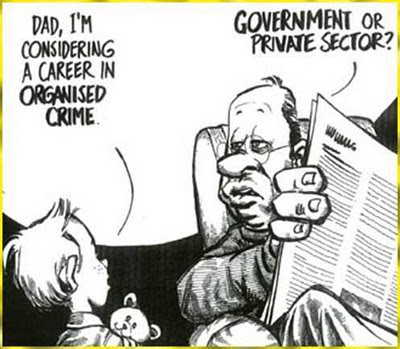 Bring Back Michael Ignatief and Dump Bob Rae!
at 9:27 AM